Using tobacco is by far the worst thing you can do for your health . It is deadly and 15 types of cancers are associated  with its use ; the most common being lung , oral and throat cancers . Research suggests that more than 60% of mouth and throat cancers are caused by tobacco. It is reported that tobacco use is the main cause of 90% of male and 80% of female lung cancers. The risk for lung cancer development is 30 times higher in in life long smokers compared to non-smokers.

Tobacco  kills one person every four seconds and every year the World Health Organisation (WHO) celebrates “World No Tobacco Day”.on 31 st May .
The annual campaign aims to to raise awareness on the harmful and deadly effects of tobacco use and second hand smoke exposure and to discourage the use of tobacco in any form.

The theme for 2019 is “tobacco and lung health.” Remember, there is no safe level of tobacco use.What makes tobacco use all the more dangerous is that besides causing various cancers,it increases the risk of heart attacks ,respiratory diseases,and many other tobacco related health problems.
It is unfortunate to note that tobacco use is massively entrenched in developing countries .

Tobacco  kills up to half of its users and about 8 million people die around the world each year due to this habit. There are more than 1 million deaths due to second hand smoke.

Tobacco is the only legally available consumer product that has no good use except causing disease ,disability and death.

At present , the proportion of death from tobacco is high in rich nations .But tobacco use has been rising steadily in low income countries and falling in high income ones.if the current trend continues , as many as a billion people could die prematurely from tobacco use in this century.

Don’t let tobacco take your breath away.
“Tobacco or Health” the choice is yours 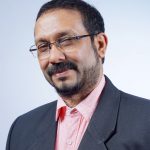